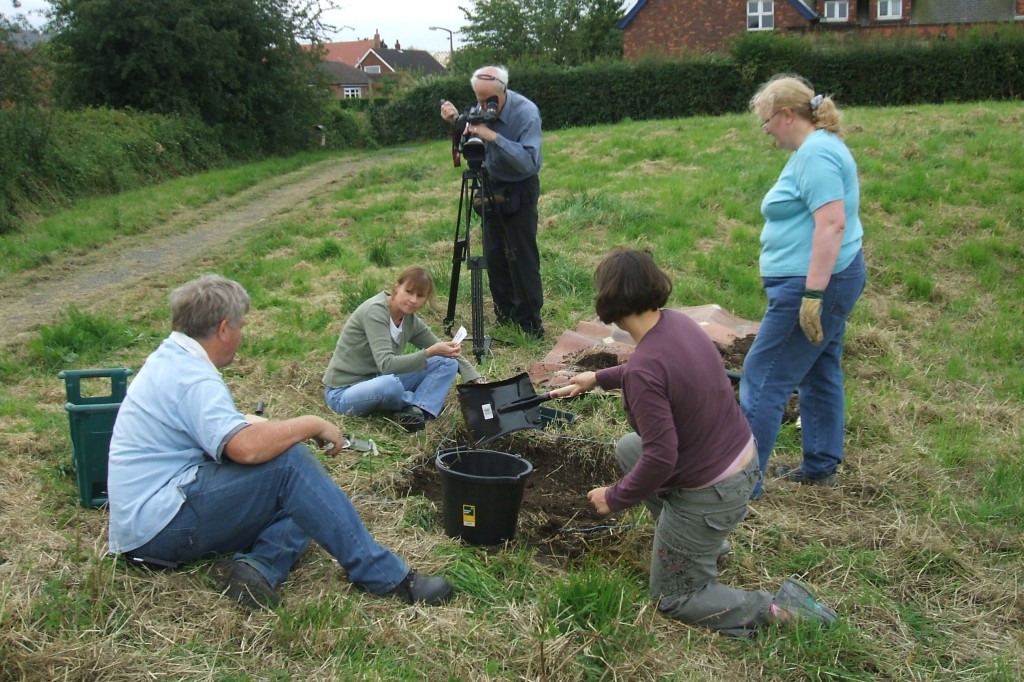 To do this we needed to apply for Scheduled Monument consent from English Heritage.

The mole, however, digs on the site and often leaves behind small artefacts mostly brick and tile in the molehills.

From time to time we do look in the mole hills (called Molehill sifting) but only under the guidance of a qualified Archaeologist. Each bag of finds are properly recorded for future reference. 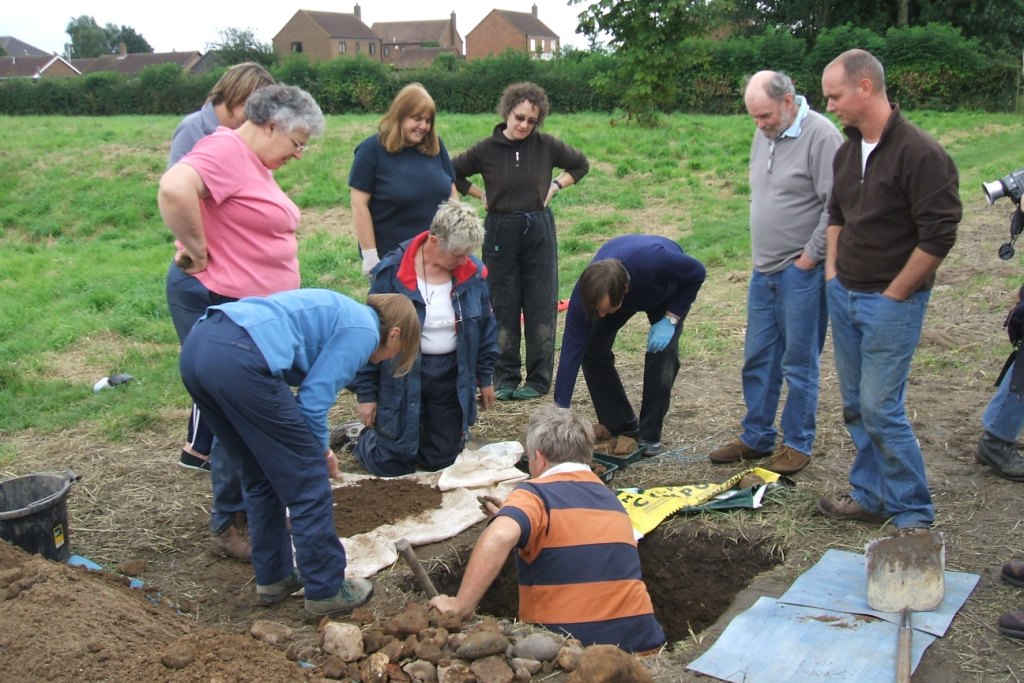 Finishing the test pit near the Bishopdyke 2008