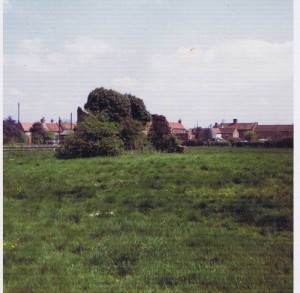 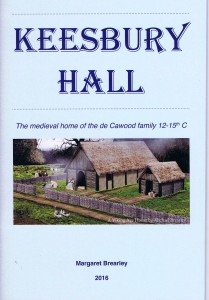 Keesbury Manor was the ancestral home of the de Cawood family. The site lies adjacent to the Archbishop’s of York palace site in the village of Cawood

The site still contains the remains of moat and platform, some water features and a fine example of Ridge and Furrow ploughing from medieval times.

It is currently privately owned.

Although the Archbishops of York had a residence at Cawood Castle, this site has been identified as the seat of the de Cawood family who held a manor here independently of the archiepiscopal estate.

The moated site is thus an important feature relating to the history of the town of Cawood and it’s remains may be contrasted with the nearby archiepiscopal residence at Cawood Castle. (National Monument 1997)

As early as AD 975, part of Cawood was specified as not belonging to the Archbishops of York

Cawood is not mentioned in the Domesday Book but it is likely that the Cawood family had received the manor as a royal grant soon after the Norman Conquest and was certainly in their hands by 1201.

The Cawood family then held the manor until 1454

Although cultivated for a short period the moated island at Keesbury remains undeveloped and could retain buried remains of medieval buildings. Over the years the moat has been infilled in places and because of the low situation the moat silts will contain environmental evidence. 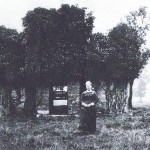 This is could be late 17th early 18th century or even 19th century if using older building materials. Windows in the building resemble those of the windows in Rose Cottage, Church End, Cawood. (Scheduled Monument)

The building was of interest as part of the remarkable range of 17th century brick houses in Cawood . It is now demolished

From the NMR monument report in 2003, the site is described as “A moated site and an adjacent area containing the remains of a fishpond and fragment of medieval field system. There are no remains of a hall” The site is a Scheduled Monument.

The earliest clear reference to this manor in the ownership of the de Cawoodes is in 1201 and the descent can be traced without break until 1454. After 1495 the manor disappears from the record as a unified land holding. (Blood and Taylor 1992)

There is little recorded of Keesbury Manor history. At the Borthwick Institute, York University, there are three volumes of Court Leet records from the end of the eighteenth century until 1935 when manorial administration disappeared. At this time it was in the possession of a Mrs. Brown.