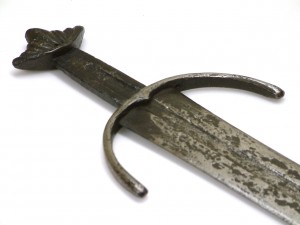 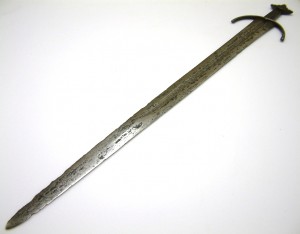 This magnificent Viking sword was found in the river Ouse at Cawood about 1861. The sword was displayed at the Tower of London for many years, until it was auctioned during the 1950’s at Sotheby’s.

It was later purchased by the Yorkshire Museum in 2007.There is an identical one in the Oslo Museum and was probably made by the same person. It is one of the finest examples of a Viking sword to be found in Northern Europe with a probable date around 1100

There is an inscription along the centre of the blade but it has not been translated yet and near the pommel are letters which give the name of the owner but these cannot be read very well. 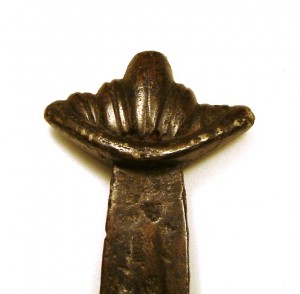 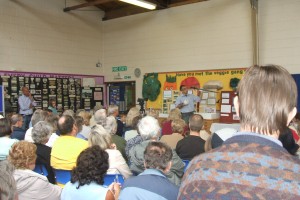 Hundreds of people from the village came to the Viking History day to see the sword.

By wearing cotton gloves, everyone could hold the sword, dated about 1050-1100 AD