The Garth is a medieval enclosure to the south of the Castle, trapezoidal in shape ranging from between 180-300m wide and 260m long. It is approxiamately 12 acres of grassland with earthworks, moats and fish ponds.

The Gatehouse and brick hall lie in the north western corner.

The present south west boundary of the Garth is marked by a 20m wide, up to 2m deep ditch called the ‘New Cut’ . The ditch is marshy and tends to hold water in the winter.

Swan Mussel shells were excavated close to here in the test pit digs in 2007.

Towards the east of the site there are the remains of a medieval garden with moat earthworks and fishponds.

There are medieval documentary sources regarding a garden at Cawood, the earliest of which is from c.1235 and a source from 1447 specifically states that the garden adjoins the Castle.

The Archbishops of York owned and managed this site for centuries. They would have needed large quantities of food including fish from the ponds and plants from the garden

The site was saved from housing development in 1986 by the Great Crested Newt which was found on the site.This is a protected species and no one is allowed to handle them or interfere with their habitat without permission from Natural England.

The Garth is now owned by Cawood Parish Council and managed by Cawood Castle Garth Group. 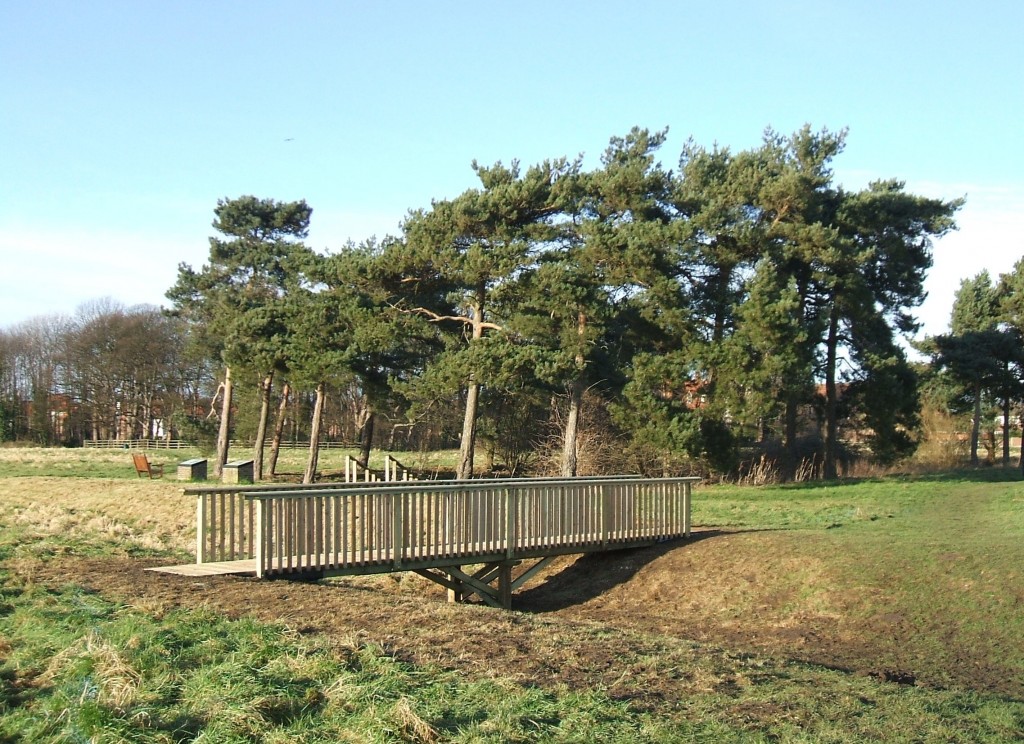 In the later years the Garth was a farm.

Close to the Bishopdyke waterway there are 5 concrete hut bases which were used during WW2 as bases for Nissen huts.These were used as accommodation for school children from South and West Yorkshire. The children helped to pick potatoes on the local farms 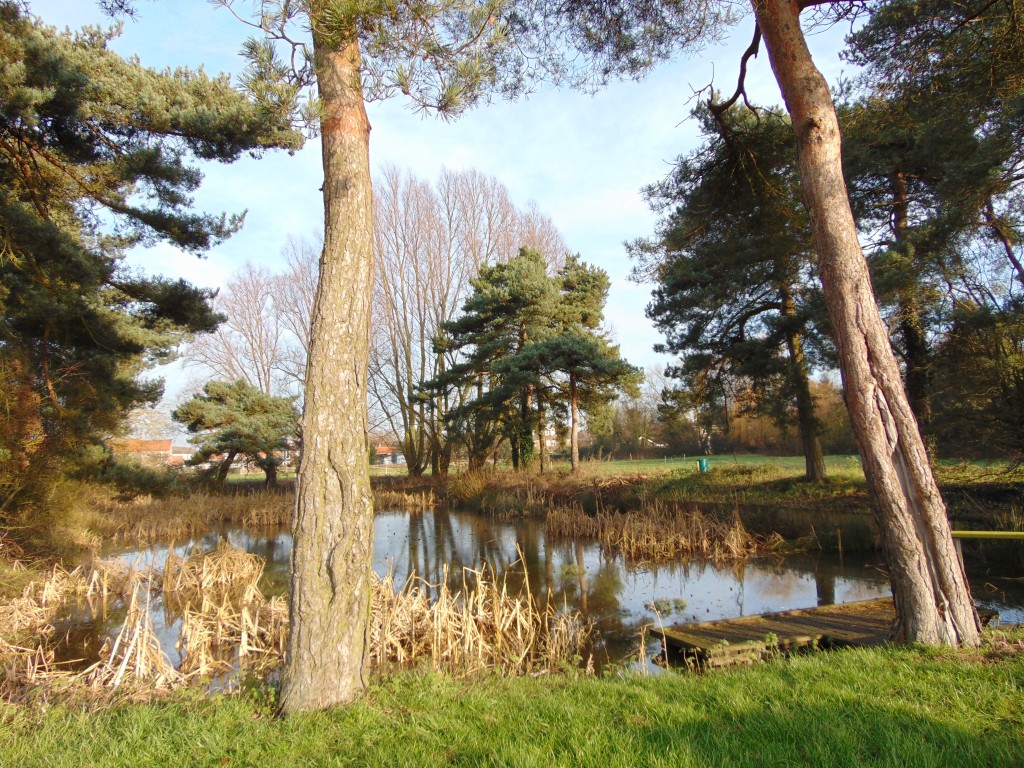 View across the pond

During our investigations of the site a member of our group Edward Croot made short videos of our investigations. One of these shows the Garth in all its glory throughout the year .This is the link to the video.

“A video I made in 2006 about the Garth at Cawood in North Yorkshire.  The garth was part of the garden of one of the palaces of the Archbishops of York.”