” Pathways to the Past”

Time Team for many years 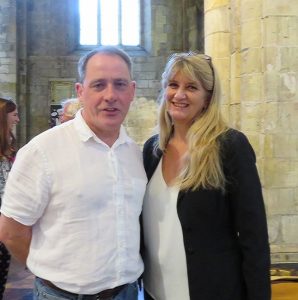 Tony Hunt and Carenza Lewis at the conference in Selby Abbey 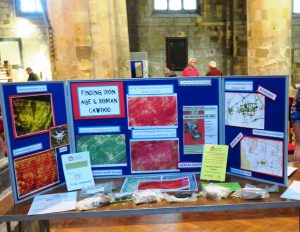 Our last event was Saturday 29th June 2019 in Cawood school

This is Jon talking to the audience about the upcoming dig 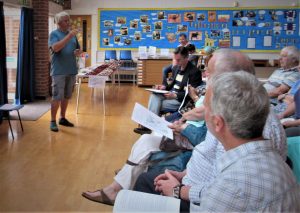 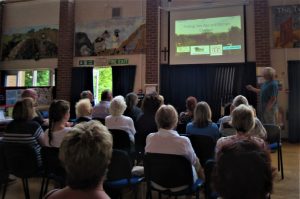 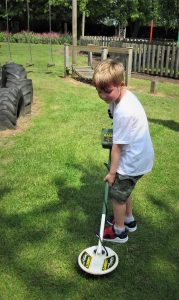 This is Edward looking  or treasure on the school field

Last day of the dig 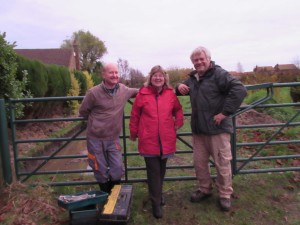 Saying Goodbye to the last 5 months of archaeology

Mrs Joyce Payne gave a report on Keesbury Hall Close. She told us how she had inherited the site and her ideas for it’s future as a wildlife site

She also gave a wonderful tribute of thanks to Jon Kenny and me for all our hard work on the Keesbury project. She asked the audience to give us a round of applause.

This managed to embarrass both Jon & I 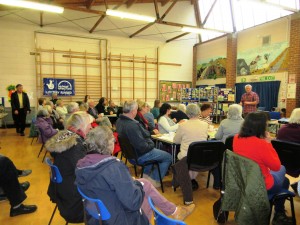 What we knew before we started (which was very little), the project itself, the visits and activities we had during the last 10 months.

I told the audience facts about the project…..over 450 people had taken part plus 100+ children, 23 dig days and 45 seperate events 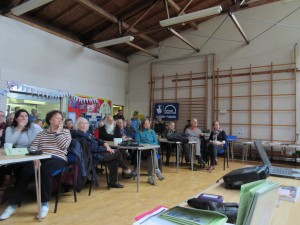 I thanked all the volunteers for their dedication and participation in all the events, showing a collage of photographs of everyone who took part

Jon followed with his archaeological information

He took us through all the trenches, what we might be looking for, the  different levels and the things we had found

Quite a few of the finds were on display in the hall. There were 2 display boards with photographs of the events, maps to which could be added fruit growing in the village, reports on the various surveys that had been done and refreshments made by myself, Jackie and Linda.

The guided tour of the site went well. Our archaeologist showed the visitors all the trenches and interpretated the features that could be seen

About 30 people toured the site in the glorious sunshine. 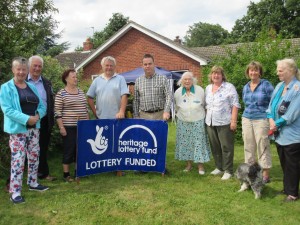 We were pleased to welcome Mr Nigel Adams, our local MP who  visited our dig on Wednesday 19th August at 2pm

He had a tour of the site with Jon Kenny archaeologist and Margaret Brearley project leader and tea with the volunteers. 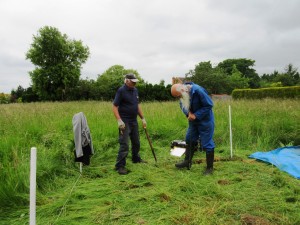 We have completed 2 trenches on non scheduled land 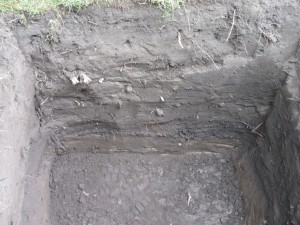 As the grass is so long and our potential grass cutter is hurtling towards Rome in a sports car, we have to wait until he returns to have it cut

We will do a training session on excavating a test pit elsewhere starting on the Tuesday 23rd June and Wednesday 24th June at 15 Broad Lane, 10 am

We sold over 100 Goosberry pies

plus beautiful goosberry cake and gave away Gooseberry Fool 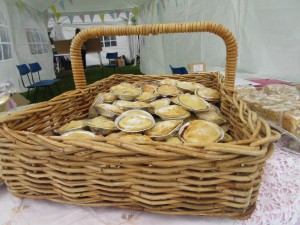 I imagine there were a few children that evening wishing they hadn’t eaten quite so much Gooseberry fool.

We also collected fruit growing information on a village map 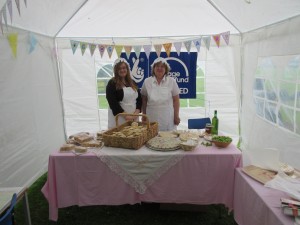 Landmark Trust Presentation of the Gatehouse

This is to celebrate 50 years of the Landmark Trust.
We had a display in the banqueting hall 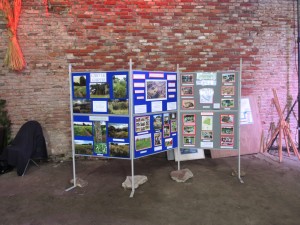 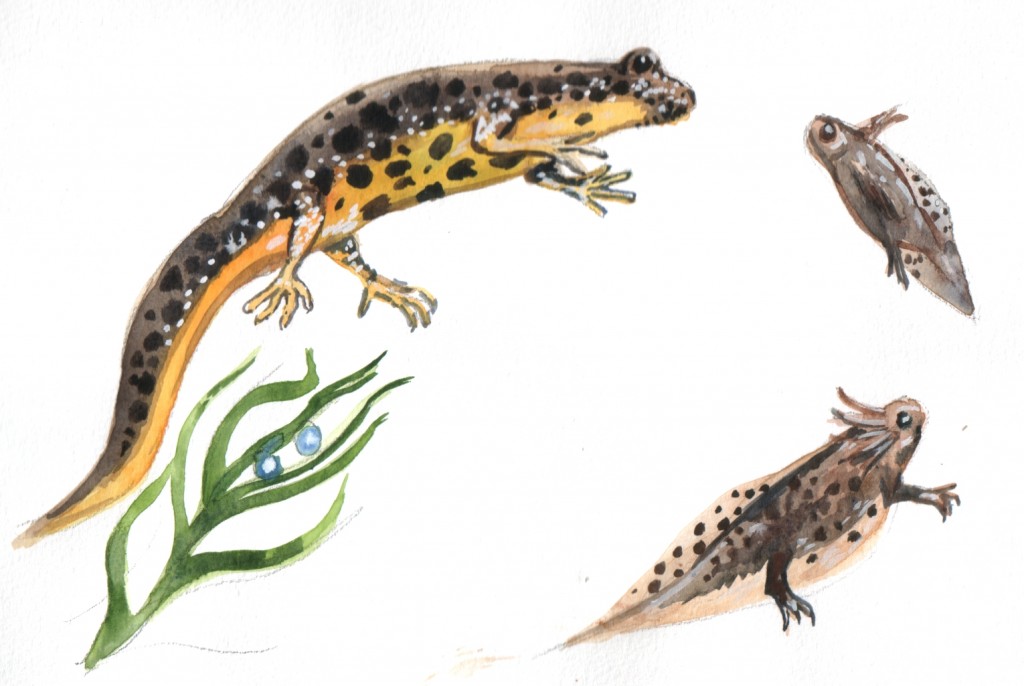 It was cold and wet so not many newts could be seen.

The next morning only 1 smooth newt and a pair of Great Crested newts were found. 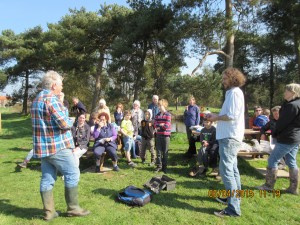 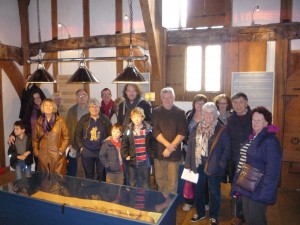 A visit to Barley Hall organised by Jon Kenny

29th March 2015 A visit to Bolton Percy Gatehouse and 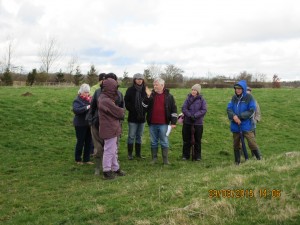 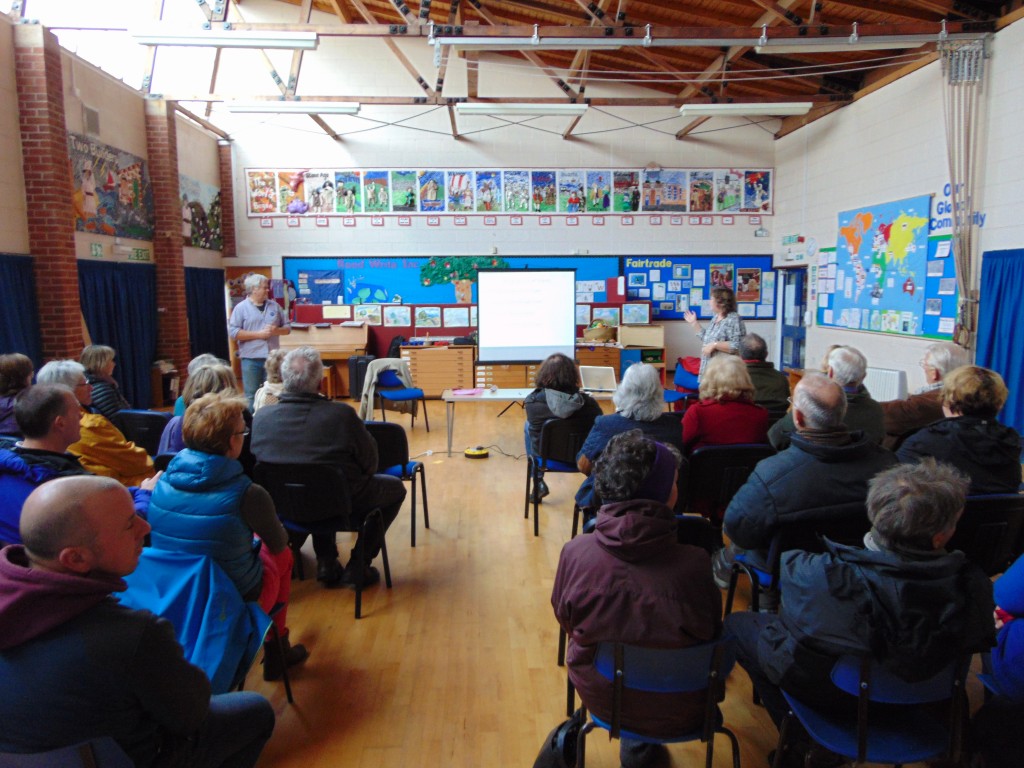