View across to the church

In Cawood there are two major rivers converging, the River Wharfe and the River Ouse.

Both rivers start their journey to the sea, one high in the Yorkshire Dales and the other one from the North Yorks Moors.

After high levels of rain or snow in the hills, the rivers increase in size and then flooding occurs lower down especially when combined with high tides.

Cawood has flooded for centuries. The earliest recorded flood was in 1263. It reached a level of 9.02m

Then in the year 2000, the highest ever recorded flood reached 7.90m

Cawood is now protected by a flood bank and very little flooding affects properties in the village. 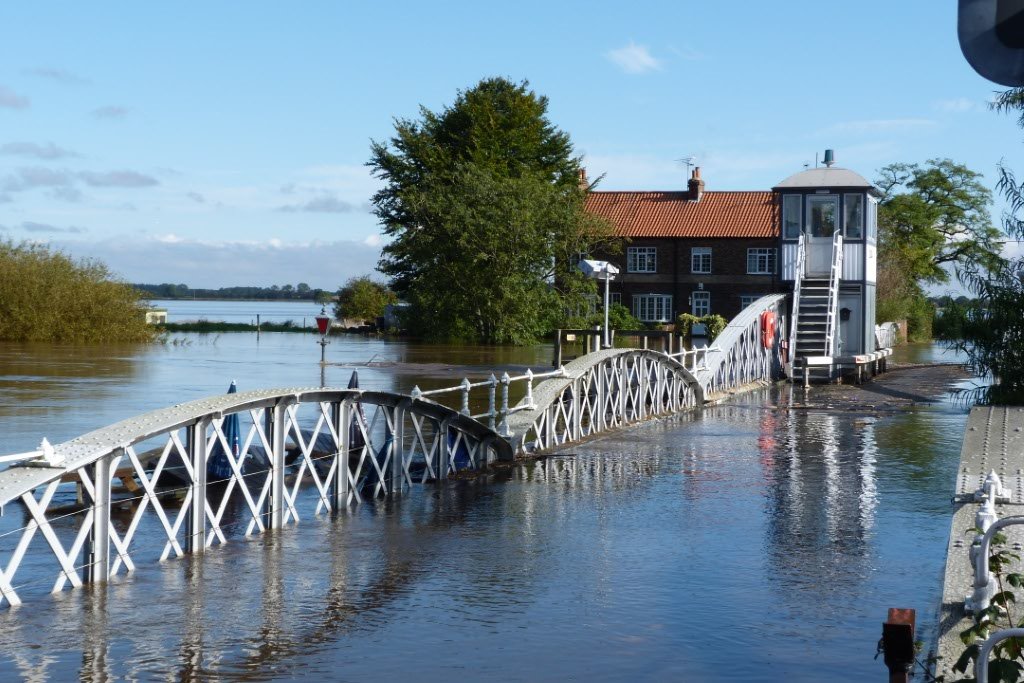 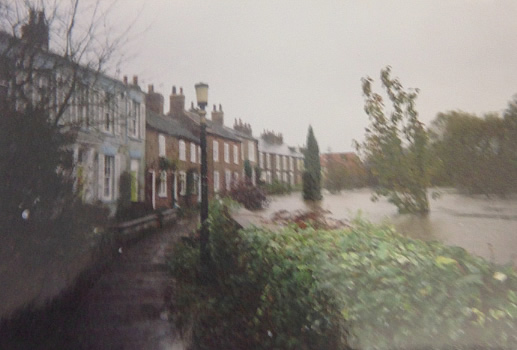 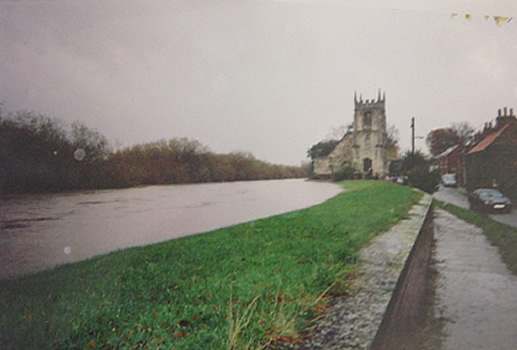