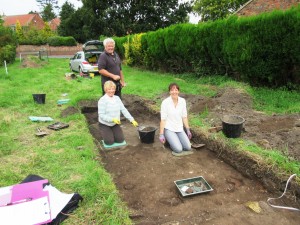 Across the middle of the trench a series of stones appeared after a heavy downpour of rain.

A few of these were excavated and there are two rows of blocks of magnesian limestone making a narrow trench lined with  a few terracotta roof tiles with large flat limestone in the base. This was thought to be the foundations of the small building but looks more like a narrow drain…..could be medieval? 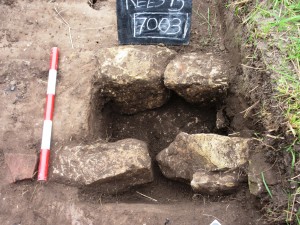 Close by there is evidence of collapsed wall. The main part of the building is probably in the grass between trench 1 and trench 7. Just our luck to miss it completely

The whole of the drain in the trench has been excavated now and consists of a mixture of limestone, bricks, tiles and one large cobble.

It’s possible there was a cap on the drain as 1 terracotta tile was found on top of the stones halfway along.

It seems to be sitting on the medieval clay layer not cutting through it. 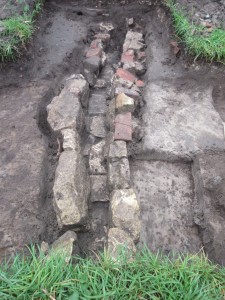 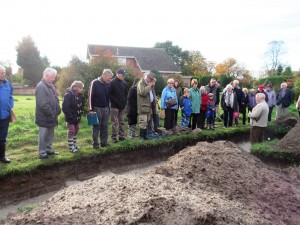 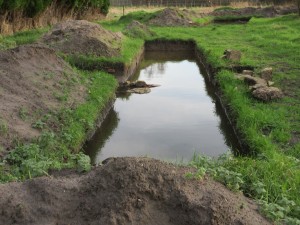