This trench is postioned at the far side of the platform where there was lots of activity seen on the resistivity survey.

It continues into the moat. 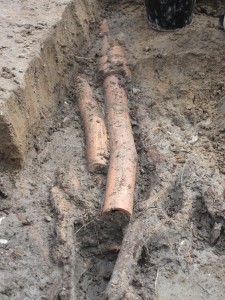 There is a lot of evidence for cultivation over a long period of time. The soil is a mixture of brick, tile and mortar fragments.

Just under the turf was found a brick arrangement with large pieces of broken pot around the edges. On excavating this, a smooth well laid, brick platform was found. 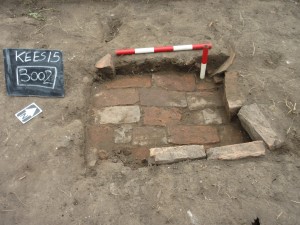 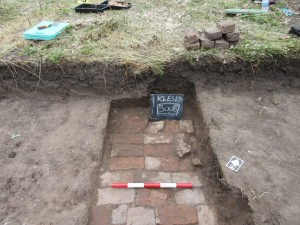 Further down the trench the volunteers dug out the mud from the moat. ( we are very grateful to those volunteers who did this!) This was an enormously heavy task .

In the mud were drain pipes laid in a row from east to west (or the other way round!) 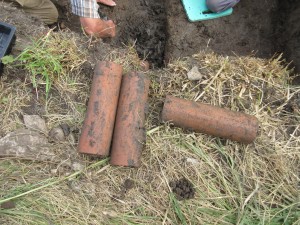 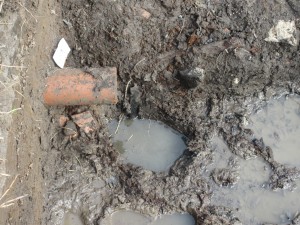 Some Victorian pottery was found with these. Under the pipes were branches which were either supporting the pipes of were meant to be a fence supporting the platform and had been pushed over. There was evidence in the form of dumping of brick and tiles laid against the branches. There were also some large lumps or stakes of oak push into the ground to support the fence. 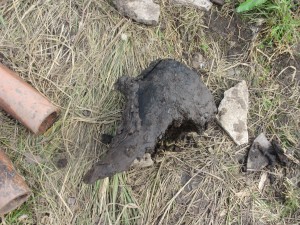 A log found in the side of the moat 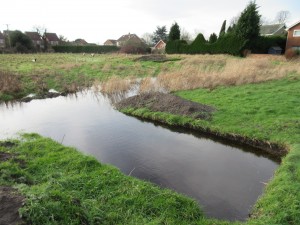